To share your memory on the wall of Gardenia Robinson, sign in using one of the following options:

Provide comfort for the family of Gardenia Robinson with a meaningful gesture of sympathy.

We encourage you to share your most beloved memories of Gardenia here, so that the family and other loved ones can always see it. You can upload cherished photographs, or share your favorite stories, and can even comment on those shared by others.

Posted Jul 01, 2019 at 12:12pm
I want to expres my deepest sympathy to your family as well as friends at this difficult period in your life.
Please note that God's Word, the Bible gives us a wonderful hope for the future.
As time goes on please reflect on Rev.21:3,4
Comment Share
Share via:
M

Posted Jun 30, 2019 at 03:35pm
I am so sorry for your loss, but please keep in mind that the bible says there will be a resurrection. Acts 24 :15. Do you long to experience the joy of having a dead love one come to life again? God's word the bible gives us that wonderful hope namely, the prospect of living in a paradise on earth and seeing the resurrection of our dead loved ones. Luke 23 : 43. The bible calls Jehovah God the creator of life and the source of life. Acts 17 : 24, 25. Therefore, the One who gave life to all living creatures is certainly capable of restoring life to someone who has died. And in the future death will be no more. Revelations 21 : 3, 4. I hope this spiritual message will give you some comfort in your time of sadness. Please visit jw.org.
Comment Share
Share via:
S

Posted Jun 29, 2019 at 07:24am
I express my condolences to the family. God has promised that one day no resident will say I’m sick...death and sorrow will be a thing of the past.
Comment Share
Share via: 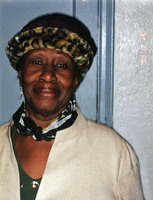