To share your memory on the wall of Sam Jones Jr., sign in using one of the following options:

Sam Jones Jr., a native of Johnston South Carolina was born on October 18, 1944 to the proud parents of Sam Jones Senior and Lannie Mae Hammond. One of four children, Sam attends Edgefield County School. As a young man Sam worked the farm along with his father and brother Gregory Jones. While tending to his duties on the farm, he also held a position for several years as a fabricator in the production of textiles at Graniteville Mill of South Carolina.

In 1966, Sam and Betty Culbreath welcome their beloved son, Virgil Lee into the world on April 30th. Several years later, Sam made his way to New York City where he acquired a job at Kramer Industries where he remained as a forklift operator for over 40 years until retirement.

On September 11, 1973, Sam and Elizabeth Edwards welcomed their daughter Tanya LaShone into the world.

Sam loved to hit the open road and had a passion for fast cars and motorcycles. One of his favorite past time when not traveling was sinking the eight ball in the corner pocket. But most importantly, he enjoyed spending quality time with family and friends.

To send flowers to the family or plant a tree in memory of Sam Jones Jr., please visit our Heartfelt Sympathies Store.

We encourage you to share your most beloved memories of Sam here, so that the family and other loved ones can always see it. You can upload cherished photographs, or share your favorite stories, and can even comment on those shared by others. 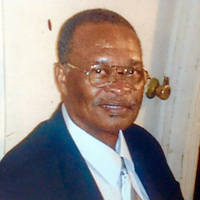