To share your memory on the wall of Michael Shaw, sign in using one of the following options:

Provide comfort for the family of Michael Shaw with a meaningful gesture of sympathy.

“I will bless the Lord at all times: his praise shall continually be in my mouth”
Michael Arrington Shaw was born in New York city, NY on October 3, 1955 to Raymond and Billie Faye Shaw.
Michael was raised in the Wagner Projects, and educated in the New York City Public School system; graduating from Benjamin Franklin High School. He attended Bronc Community College where he studied Engineering. He later earned a Bachelors of Science Degree. Michael worked over the past 40 years as a Certified Civil Engineer. Michael most recently held the position of Chief Inspector with Popli Design Group: but found his passion in Environmental Engineering.
Michael loved music and was known as “Da FUNKCHILD”. He founded FUNKCHILD Music Productions. As a Producer, he recorded songs, rap artists, videos, attended showcases, and recruited talent. Michael recently opened an online Music Store. He also toured the world with the Intruders from the mid-eighties to the early nineties; including the oldies but goodies world tour shows. He also formed a few bands over the years. In addition to music, Michael taught Martial Arts as a Third-Degree Don and enjoyed science fiction movies.
Michael was a devoted husband, father and grandfather. He met and married the love of his life, Cynthia Paulk-Shaw on August 12, 2004.
Michael leaves to cherish his memory two daughters, Ebony Shaw and Shanell-Rose Paulk; grand-daughter, Arya Victoria Lee; his niece, Nikiya Jackson; and siblings Kim Taylor and Vernice Joyner. Michael is predeceased b his parents, Raymond and BillyFaye Shaw; siblings; Raymond Sylvester Shaw and Karen Shaw. He is also survived by two aunts, Joann Perry Fannie Harrison and many cousins, extended family and friends.
Read Less

To send flowers to the family or plant a tree in memory of Michael Arrington Shaw, please visit our Heartfelt Sympathies Store.

We encourage you to share your most beloved memories of Michael here, so that the family and other loved ones can always see it. You can upload cherished photographs, or share your favorite stories, and can even comment on those shared by others.

Posted Nov 08, 2019 at 03:25pm
At this sorrowful period in your life, please accept my sincerest condolences for the death of your loved one.  Reflecting on the divine promises found in the Bible will give you hope and strength to keep going until all of God's promises are fulfilled. (Romans 15:13; John 5:28, 29). 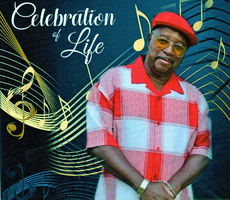