To share your memory on the wall of James Arberry, sign in using one of the following options:

Mr James Lee Arberry Jr was born and raised in Oakland California on October 27th, 1961 to James Lee Sr and Edna Lorraine Arberry. He was enrolled in Ralph J Bunche Elementary School where he had an inter... Read More
James Lee Arberry
OBITUARY

Mr James Lee Arberry Jr was born and raised in Oakland California on October 27th, 1961 to James Lee Sr and Edna Lorraine Arberry. He was enrolled in Ralph J Bunche Elementary School where he had an interest for Baseball. He then went to Lowell Jr High School where he gained an interest for Basketball continuing his love for Basketball in Mcclymonds High School.
Being the venturous man that he was, while in school he made a decision to explore the world on his own and explore the world he did. He had a certain kind of lifestyle in mind for himself, and that’s exactly what he pursued. He left Oakland heading towards New York, is where he decided to make a life of the world he chose, but it never changed his heart, his soul or his mind. He loved people and people loved him. He enjoyed reaching the limits he set for himself and sometimes with that sense of humor he had.
Throughout his life, he loved and missed his family so he returned back to Oakland to discover that he had fell in love with New York City. He then set out to come back to New York to make it, and settle there for his home to be. Living life on his terms consisted of dignity and respect, something he demanded and that’s what he received in return. He loved the life he lived, and in his own words, he said: “I Lived A Good Life”.
Mr. Arberry is survived by daughter Princess E.L. Arberry, sisters Gloria & Jeanette Arberry five nieces, three nephews, four great nieces three great nephews and one great great niece. He also leaves behind some very dear friends with special thanks to Gator, Buddy Boy and Little Bit.
Read Less

To send flowers to the family or plant a tree in memory of James Arberry, please visit our Heartfelt Sympathies Store.

We encourage you to share your most beloved memories of James here, so that the family and other loved ones can always see it. You can upload cherished photographs, or share your favorite stories, and can even comment on those shared by others. 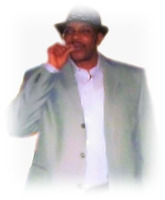 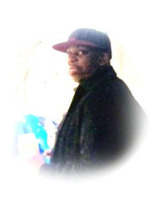