To share your memory on the wall of Annie Green-Adams, sign in using one of the following options:

Print
Obituary
On April 3, 2020 our beloved mother, grandmother, aunt, friend and confident Annie Green-Adams, passed away suddenly at Harlem Hospital. Today we celebrate the life of an amazing woman.

Ann known to many as Anna Bell was b... Read More
Obituary
On April 3, 2020 our beloved mother, grandmother, aunt, friend and confident Annie Green-Adams, passed away suddenly at Harlem Hospital. Today we celebrate the life of an amazing woman.

Ann known to many as Anna Bell was born on November 9, 1935 in Mullins, South Carolina to the late Floyd and Pauline Green. Ann attend and graduated from Williston High School after which she attended North Carolina College at Durham, in Durham North Carolina. Soon after her college graduation, Ann relocated to New York City where she worked for Nynex (now Verizon) as a phone operator and was later promoted as a Supervisor. After 32 years of being a dedicated employee, Ann retired and spent a lot of her time traveling. Ann was a faithful a member of Convent Avenue Baptist Church for over 52 years. In addition, she was also a member as Grand Matron for the Order of Eastern Star.

Ann had a passion for shopping at her favorite stores Saks Fifth Avenue, Lord & Taylor and Macy’s; she also had a love for crossword puzzles. Most of Ann days were spent at home talking on the phone for hours with her friends and family, and other days enjoying quality time when they would frequently visit. Ann knew how to display southern hospitality to those around her, but she never hesitated to speak her mind to whomever for whatever.

Ann loved cooking and baking, there was nothing like having one of her home cooked meals. Ann was an extraordinary woman of God that implemented prayer in her daily routine.

“To be Absent from the body, is to be with the Lord”.
Read Less

To send flowers to the family or plant a tree in memory of Annie Green-Adams, please visit our Heartfelt Sympathies Store.

We encourage you to share your most beloved memories of Annie here, so that the family and other loved ones can always see it. You can upload cherished photographs, or share your favorite stories, and can even comment on those shared by others. 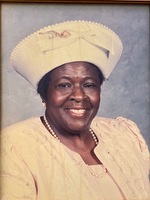 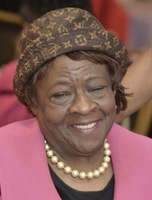