To share your memory on the wall of Lynwood Gillis, sign in using one of the following options:

To send flowers to the family or plant a tree in memory of Lynwood Sterling Gillis, please visit our Heartfelt Sympathies Store.

We encourage you to share your most beloved memories of Lynwood here, so that the family and other loved ones can always see it. You can upload cherished photographs, or share your favorite stories, and can even comment on those shared by others.

Posted Jun 10, 2020 at 07:51am
I am blessed to have had my life touched by Cadet FSgt. Gillis. I can see why Bro. Lynwood Gillis appeared "different" He had received Jesus of Nazareth, the Messiah as his personal Lord and Savior as an 11year-old. That was what I saw and didn't recognize, nor would have understood at that time in my life at SEMA. I was so mean and evil at that stage in my life: it's a Miracle I Graduated! SEMA '59 I Love you my Brother! Jehovah Y'shua, Continue to comfort Brother Lynwood S. Gillis' Family by the Holy Spirit, in Y'shua(Jesus') name. Amen!! Cadet SSgt William McCray, MSgt (Ret.), USAF
Comment Share
Share via: 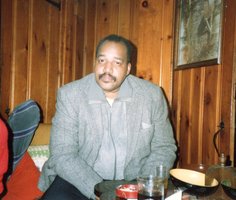