To share your memory on the wall of John Jackson, sign in using one of the following options:

Mr. John Jackson Sr. was born November 3, 1958 in Lumberton, North Carolina. Son of Carrie MCEachern and the late Welton Jackson. He was also preceded in death by two siblings, his sister Carrie Jackson and his brother James Jackson. On July 18, 2020 at MJHS Home Hospice he laid down his sword ant 9:07am after a courageous battle. John, also known as Coledn, attended school in Harlem, New York. He was a great worker at Graphic arts and design. John was a servant at the United Church of Deliverance in Harlem, NY. John was an amazing man, he gave his wisdom to all who would listen. He touched many lives and hearts. John was a real jokester. To know him was to love him. He enjoyed playing and watching basketball. John met the love of his life and soon to be soulmate (Melissa) in 1991. John left a lasting impression on his wife of twenty-three years, Melissa Jackson. Also to cherish his memories he leaves behind one son John Jackson Jr. and three daughters Kiz-Meeka Carson, Dai-zeea Glover, Melissa Jackson Jr. His mother Carrie MCEachern; four grandaughters Alaijah Carson, Hailey Jackson, Isabella Carson, Mariah Jackson; one brother-in-law Carlyle Carson. Three sister-in-laws Chrissy Jackson, Lamar Carson, Lucindra Carson; four nephews Michael Marbra, Carlyle Carson Jr. , Tyriq Carson, Jer'quan Carson; five nieces Annesha Marbra, Jameesha Jackson, Carrie Jackson, Ta-Tianna Carson, Leila Carson; two great nephews Michael Honoui, Antonio; three great nieces Takarah, Cearma, Jaslyn and a host of cousins (Jackson) (Meekins), aunts, uncles, other relatives and friends.
Read Less

To send flowers to the family or plant a tree in memory of John Jackson, please visit our Heartfelt Sympathies Store.

We encourage you to share your most beloved memories of John here, so that the family and other loved ones can always see it. You can upload cherished photographs, or share your favorite stories, and can even comment on those shared by others. 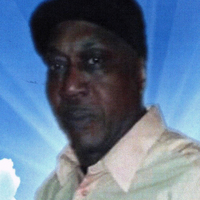